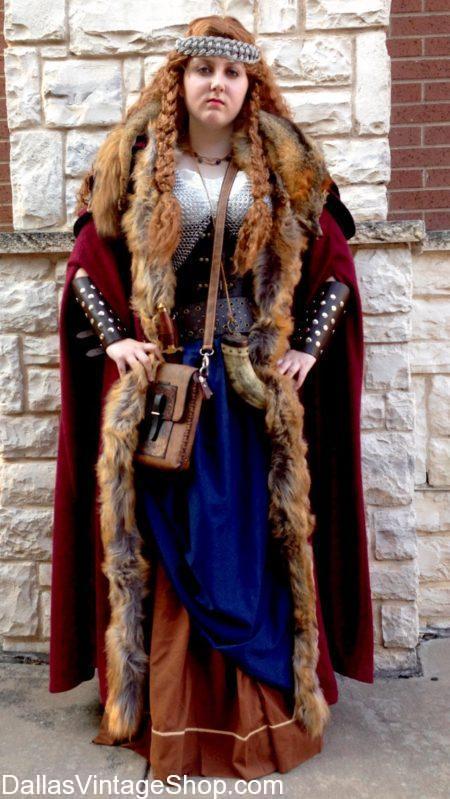 This is just one ‘Vikings’ History Channel: Queen Aslaug Viking Queen Costume Idea. We have a number Viking Woman’s Period Costumes for Queen Aslaug, who is daughter of dragon slayer Sigurd and shieldmaiden Brunhilde. Queen Aslaug provided Ragnar Lothbrok with sons prophesized by the Ancient Seer. Get any of the Female Characters from The Vikings Series from our unbelievable collection of Medieval Viking Ladies Garb. From Viking Slaves, Shield-maidens, Earls & Queens, we have all the History Channel’s Viking Women Characters Costumes & Accessories you need for Theatrical Wardrobes to Medieval & Renaissance Festivals.

This entry is filed under Vikings Series. You can follow any responses to this entry through the RSS 2.0 feed. Both comments and pings are currently closed.