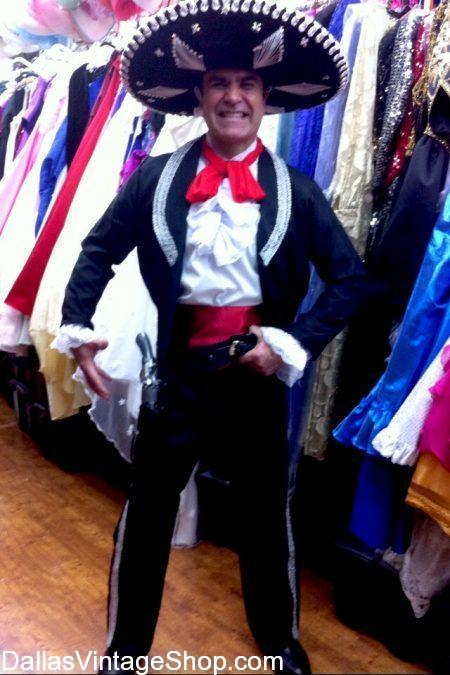 Three Amigos, with Steve Martin and Martin Short is a Cult Movie Classic. Dallas Vintage Shop is the largest costume shop in the DFW area and we have many versions of Three Amigos Costumes.