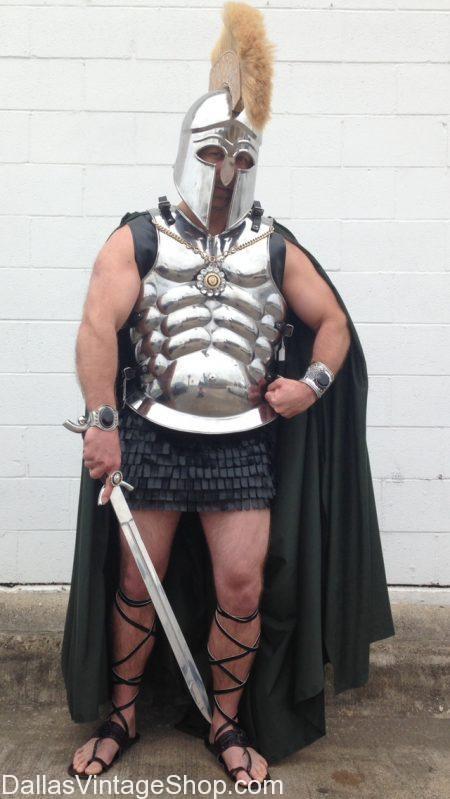 Show up at the Frat Party, Toga Party or Greek Festival in this Achilles Outfit from Homer’s ‘Lliad.’ Achilles, Hero of the Trojan Wars, a favorite Greek Mythology Character. You’ll get plenty of attention. We have everything you can imagine to help you put together any Greek Mythology or Historical Characters you can think of. Get the whole outfit or just the pieces you need.

If you need outfits for Greek Characters, Greek Mythology, Greek Frat Parties, Toga Parties or Theatrical Costumes, we have more than you would believe. We have volume, selection and every size person in mind. This Greek Mythology Athena, daughter of Zeus Costume is a great idea. We also have wigs, jewelry, goblets and other finishing touches. 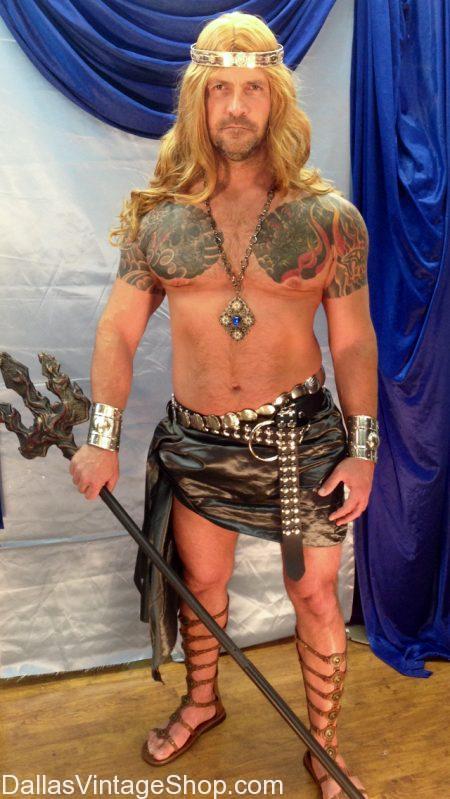 Show off this Triton, Son of Poseidon, Messenger of the Sea, Greek God Costume at the next costume Party. We have Theatrical, Historical and Theme Party Costumes and all the wigs and accessories you’ll ever need. 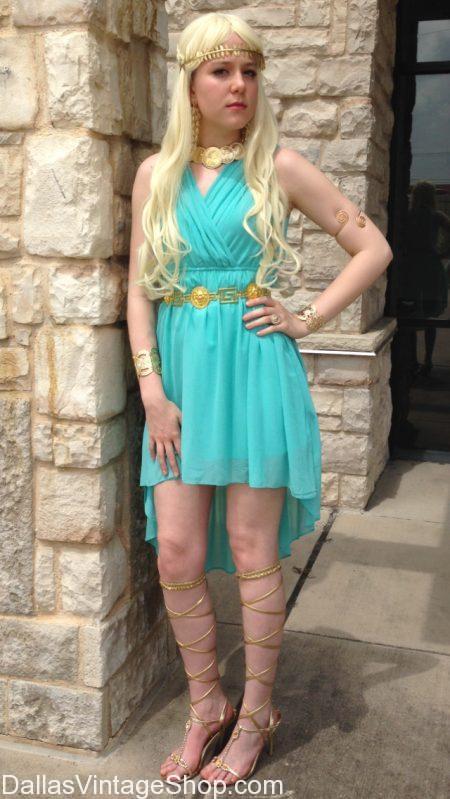 What is your favorite Greek Mythological Character? We have this devastating, higher quality, yet comfortable to wear, Helen of Troy, Greek Goddess Costume. Whatever your costume preferences are, we are sure to have all the components you are looking for including amazing wig and jewelry choices. 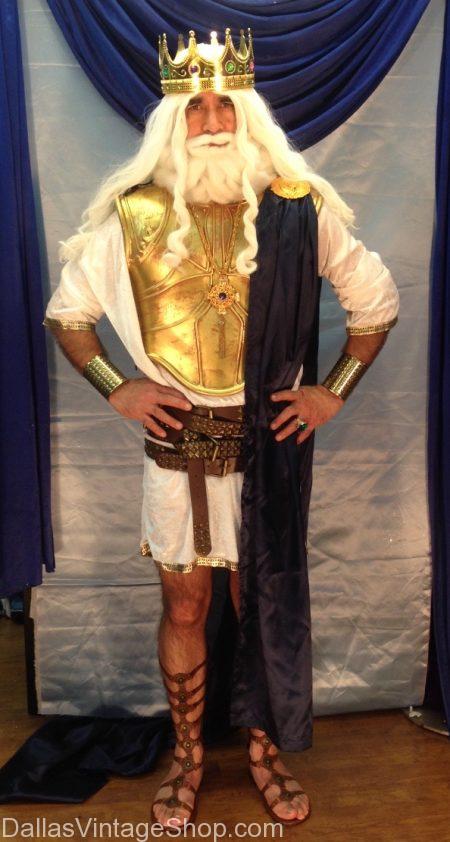 Going to a Toga Party, this cool Poseidon, Greek Mythology Costume is amazing, Need Greek Tragedy Theatrical Garb? We can help you assemble any Greek God or Mythology Character Costumes you can imagine. We have huge sizes, unbelievable diversity and astounding quantities of all the costumes and accessories you need.

The Greek Mythology Gorgon, Medusa Costume is just one of the unique costume ideas we keep in stock. Create your own version of Medusa, Greek gods or goddesses from scratch from our enormous collection of all things Ancient Greek. Our wigs and accessories are killer. 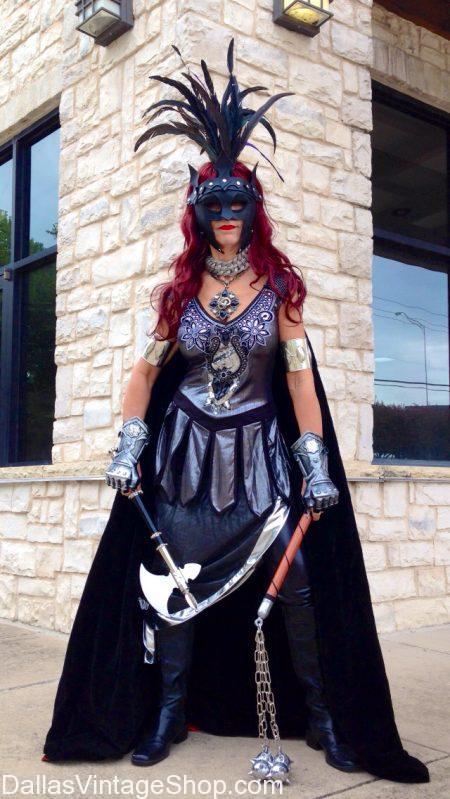 Penthesilea, Greek Queen of the Amazon Warrior Women Race in Greek Mythology is said to have invented the battle axe. We have Costumes that are great for Theme Parties, Theatrical or Renaissance and Medieval Festivals. We have costumes from head to toe or just the armor, weapons or accessories you need. This outfit or its components, could definitely work of Cosplay Events and Comic Con Characters. What is your ideas or a woman warrior? 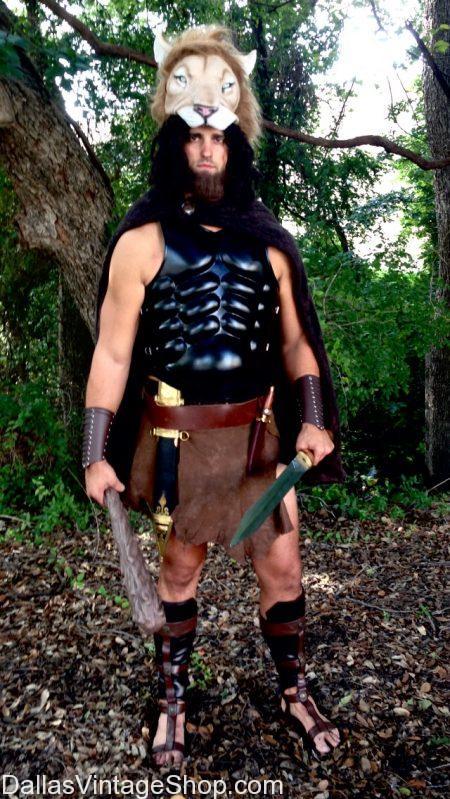 Greek Heracles(Roman Hercules) Son of Greek Mythology God, Zeus Costume. Who is your favorite Greek Mythology Character? We have a costume for that. Make your costume dream come true from our enormous selection of everything you need for Historical or Fantasy Characters Outfits. 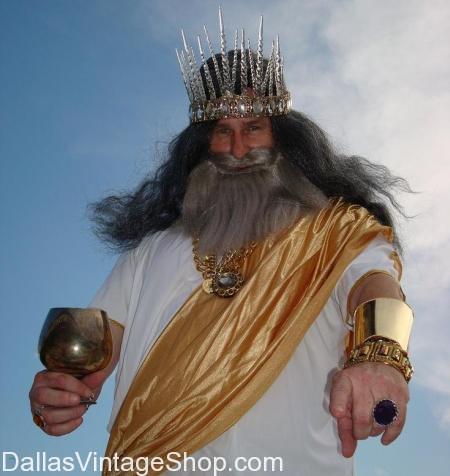 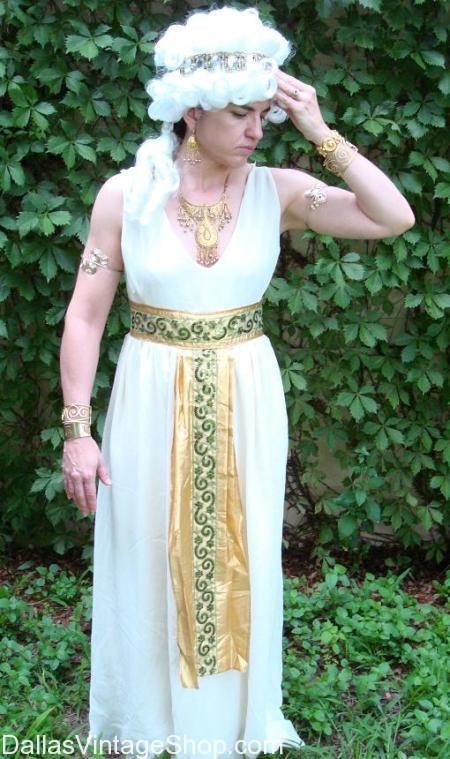