JUST LOOK at some of our ACTION HERO CHARACTERS COSTUMES on this site and in our shop and you will see the quality and selection that awaits you. This ‘The Matrix’ Neo, Action Movie Hero Costume is just one example of the kind of quality we have for all or your Favorite Action Hero Costumes. We have any Man or Woman Action Figures you can think of in stock. You will find the largest selection of the Most Popular Action Characters you have ever seen or will ever see in one place. It’s the largest collection in the Dallas, DFW or North Texas Area. This Long Black Trench Coat, Cosplay Glasses, Leg Holster & Weapon & these Futuristic Tall Boots is here along with all you will ever need for Superior Quality Action Hero Costumes & Accessories. We are open all year round.

This Trinity, “The Matrix” 1990’s Action Scifi Movie Character Costume has become a Classic. We have any Action Film or Sci-Fi, Women’s Action Hero Costumes you can possibly think of. Find many LADIES ACTION CHARACTER KILLER COSTUMES in stock, all the time. Nobody has more Women Action Movies Characters Costumes than we. Get the complete Matrix Trinity Action Hero Costume or just the pieces you need for all the most popular Female Action Heroes. You will find Supreme Quality Costumes & Accessories or Mid-priced & Economy Priced Costumes. Get just the pieces you need like this Trinity Black Leather Long Coat, Action Hero Weapons & Gear, Action Hero Tactical Gear, Leg Holsters Military and Other Action Character Fashion Sunglasses and more Action Figure Outfits and Costume Accessories than you have ever seen in one place. We are open all year to serve the Dallas, DFW, North Texas Area. 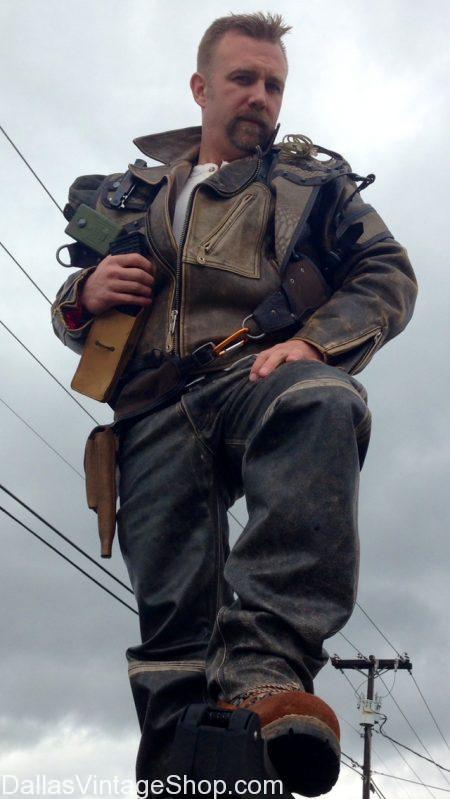 We’ll help you put together your Vintage Version or Fury Road Version of the Mad Max Costume. Do you need a Road Warrior Mad Max Leather Coat or Road Warrior Dystopian Road Warrior Gear? Need Cosplay Costumes? We have that too. We have a huge section of new, used and vintage biker leather coats, pants, chaps, Leather do rags, hats and more. 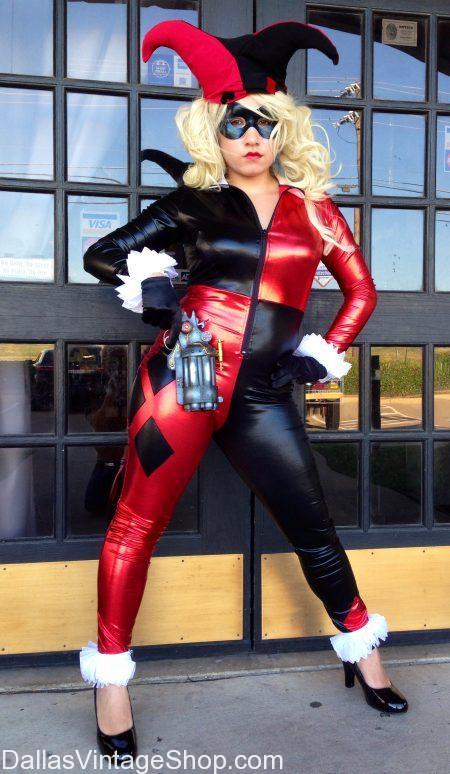 Need cosplay costumes and costume ideas? We can definitely help. Here is only one example of a Harley Quinn cosplay costume available in our shop. We have so much cosplay, it’s unbelievable. 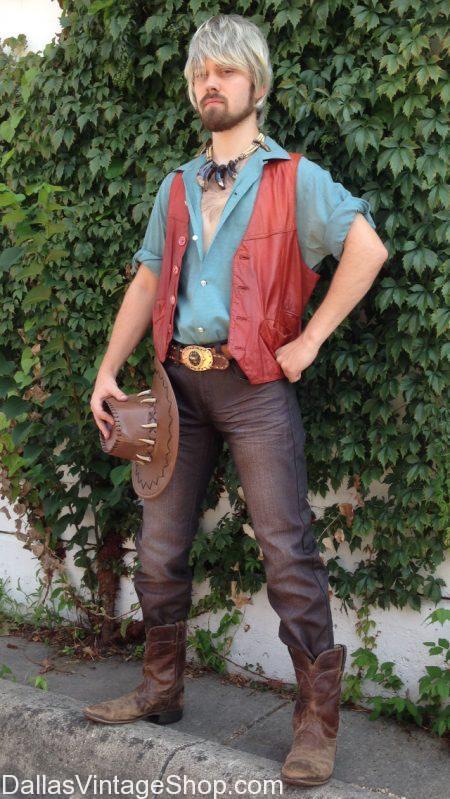 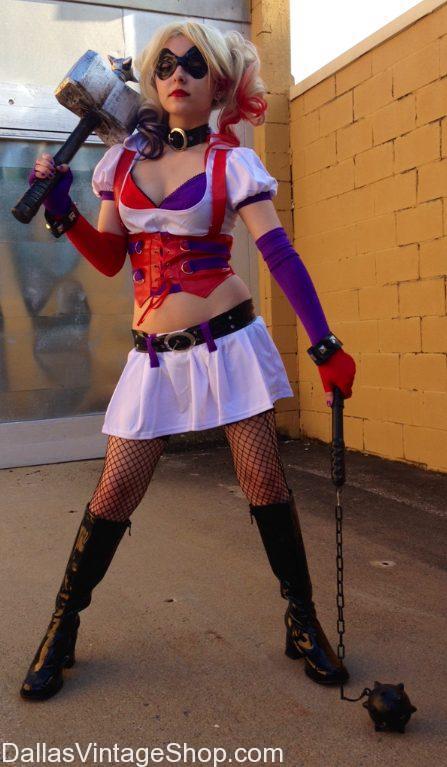 How about this Cosplay Harley Quinn Arkham Asylum Costume. We also have more traditional DC Comic Costume versions of the Super Villain Harley Quinn. If you prefer, you can just create your own version. We offer you a lot of possibilities. 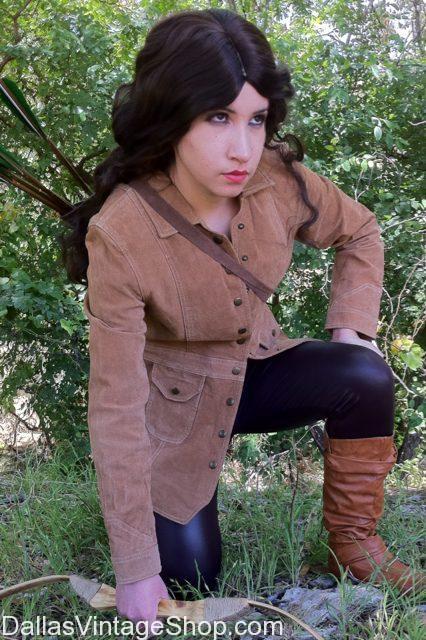 Dallas Vintage Shop has every costume you can imagine for Comic Con Dallas. Katniss Everdeen Hunger Games Costume is only one of thousands or Comic Con Costume ideas we have ready for you. May the odds be ever in your favor. 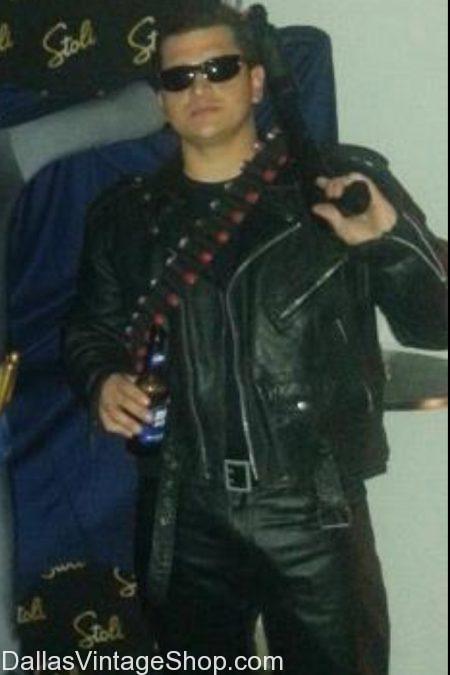 Ready for Comic Con Dallas? What is your favorite Terminator Movie Costume? We have them ready for you along with  incredible accessories to help you upgrade or improve your outfit. 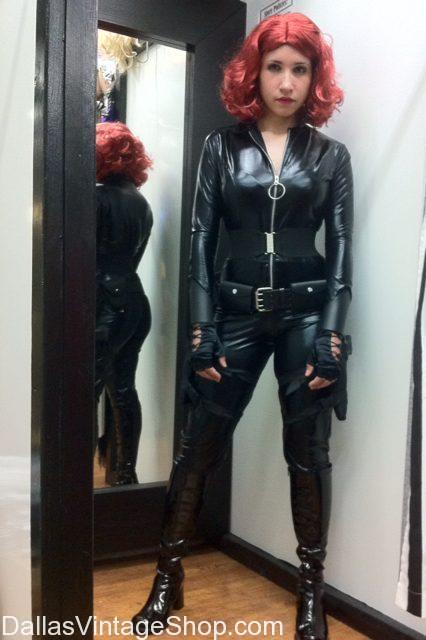 We have all your Super Hero costumes and accessories or upgrades at Dallas Vintage Shop. This is one Marvel Super Hero High Quality Costume we offer. We have many more.