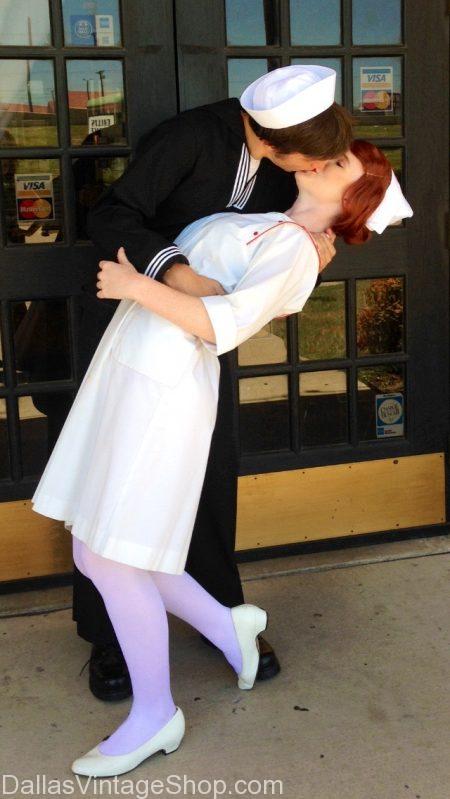 This 1945 Iconic V-J Day Kiss by Sailor & Nurse in Times Square, New Your City celebrated the WWII victory over Japan. We have this and other great 1940’s couples costumes. You will also find an abundance of other great outfits from any decade, century, historical, fictional or futuristic. We have the complete outfits or just the clothing and accessories you want.

Kathleen Turner plays the 1940’s Lounge Singer, Jessica Rabbit in the 80s film ‘Who Framed Roger Rabbit.’ We have movie character costumes for real or cartoon characters for any movie, any decade, any century and any theme imaginable. We have the wigs and all the accessories you need too. 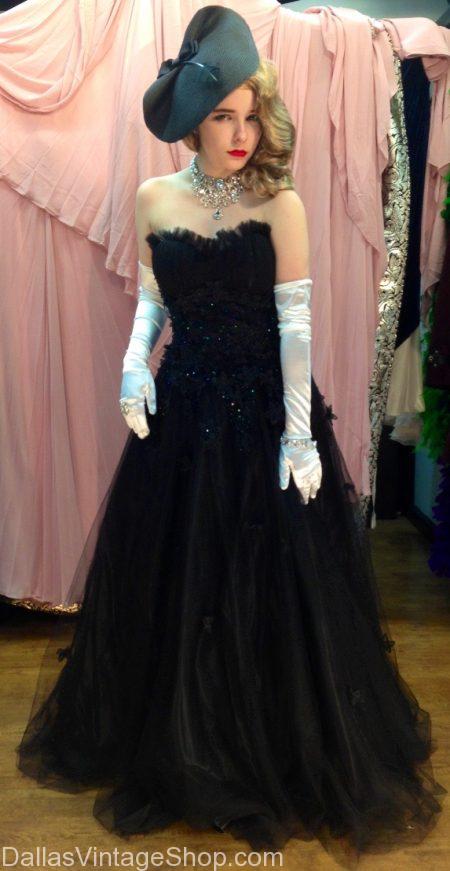 Lauren Bacall, Teenage Fashion Model and Broadway Starlet by age 17 and 1940s Film Star. One of Hollywood’s most Beautiful & Glamorous Fashion Icons. Who is your favorite Glamorous Hollywood Starlet? We have all the fashions, wigs, makeup and accessories you need to prepare you to walk the red carpet of your own Celebrity Theme Party or Dallas Fund Raiser Gala Ball. 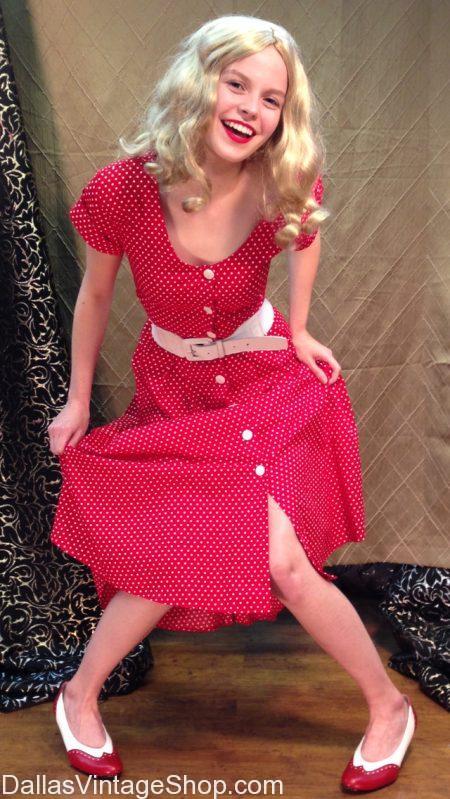 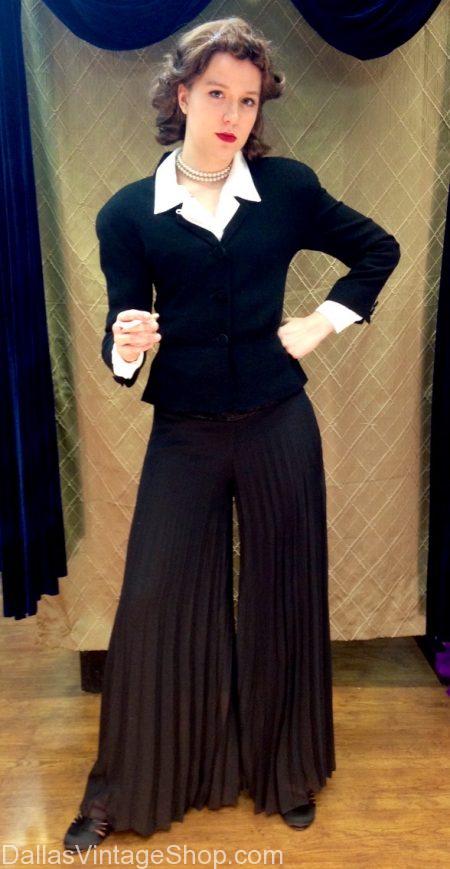 Katherine Hepburn Iconic 1940s Women’s Attire. Her 1940 Movie Philadelphia Story and 1942 Woman of the Year are just 2 of her many Film, Theatrical, Television and Activist accomplishments in her long lasting career that spanned most of the 20th century. We have all or your favorite Hollywood Movie Star Costume Ideas as well as any Famous Women of the 1940s or any decade. 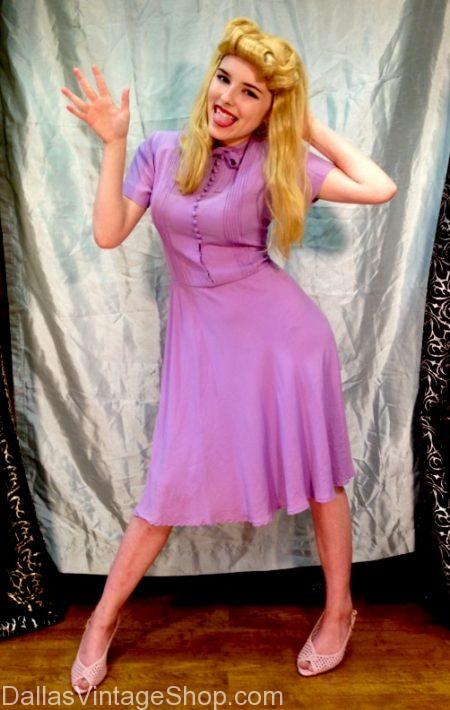 Will you be attending a Hanger Dance, USO Dance, Swing Dance of 1940s WWII Era Theme Party any time soon? We have the perfect selection of Vintage Attire and Retro Fashions like this 1940s Andrews Sisters Costume. We have so many Costume Choices and Great Costume Ideas you’d better make sure you plan to spend plenty of time in our huge store to explore all of your options, try on before you buy and ask for help and suggestions so your outfit has the ‘wow’ factor. 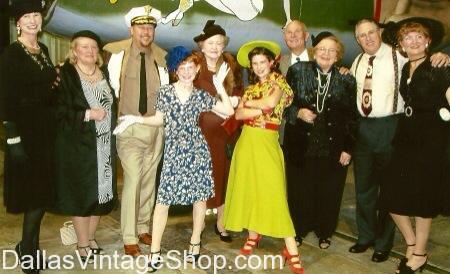 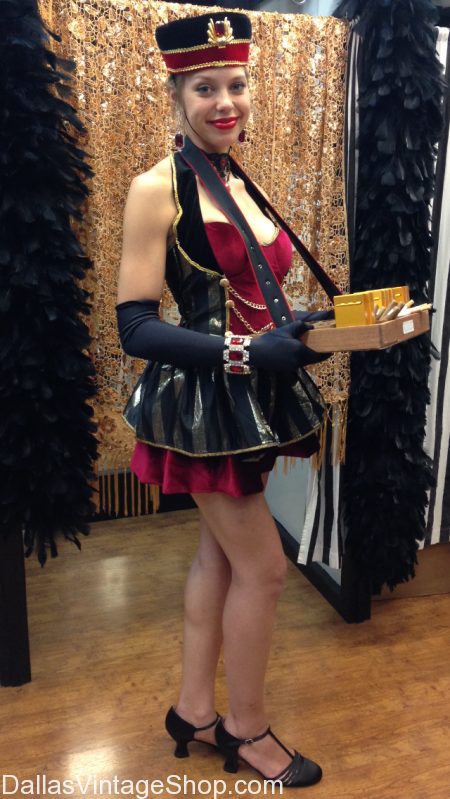 Looking for 1940s Costume Ideas? Look at this fun 1940s USO Cigarette Girl Uniform. Cigarette Girls’ heyday was in the 1940s. At first they were popular in the 20s and 30s at Speakeasies and Dinner Clubs. After Prohibition, they moved on to Casinos, Clubs, Bars, some Theaters and Special Events including USO Club Dances, Hanger Dances, Gala Balls, large parties and so forth. Cigarette vending machines eventually made them almost extinct in the 50s. We have other great 1940s Costume Ideas. Or, bring us your ideas and let us show you what we can do. 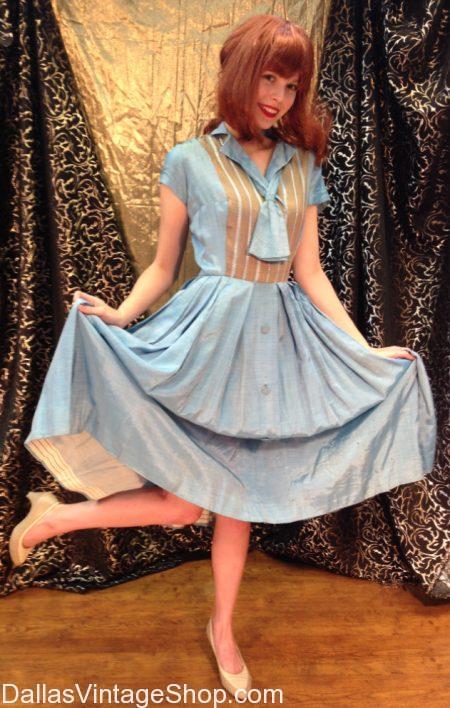