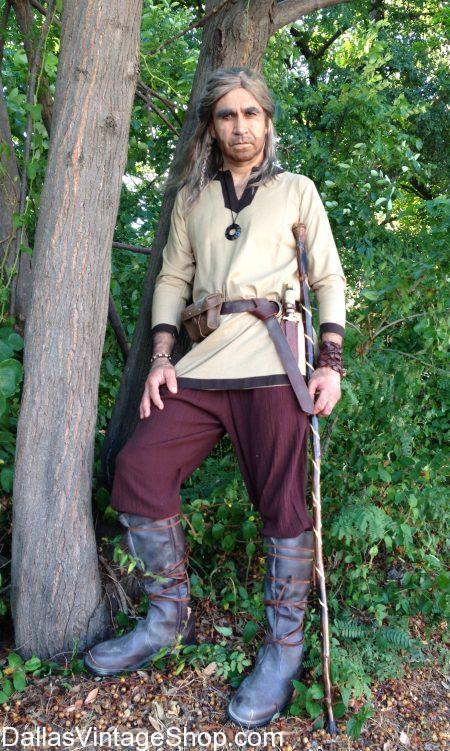 Are you looking for Realistic Vikings Outfits and Theatrical or Medieval Festival Attire? Then Dallas Vintage Shop is the Costume Shop for you. Nobody in Dallas, DFW or North Texas has a larger or more diverse collection of Viking Outfits than we do. We have High Quality Viking Garb and Viking Theatrical Attire for any Famous Historical Vikings or Viking Movie characters and of course we have Convincing Viking Costumes for any Viking King, Viking Queen, Viking Warrior Men or Women, Viking Farmers, Viking Peasants, Viking Slaves, Viking Shaman or Viking Explorers. Get Viking Historical Attire & Garb that’s Higher Quality or we have Median Priced & Economy Priced Costumes for Theatrical Viking Costumes or School Project Historical Vikings. Get Realistic Viking Clothing or Costume Quality Viking Tunics, Viking Leather Attire, Viking Pants and Skirts for Peasants, Farmers and Warriors, Viking Wigs for Men or Women, Viking Necklaces, Medallions and other Viking Jewelry and more Viking Outfits and Accessories than you have ever seen in one place. We are open all year to serve.

This entry is filed under Vikings. You can follow any responses to this entry through the RSS 2.0 feed. Both comments and pings are currently closed.