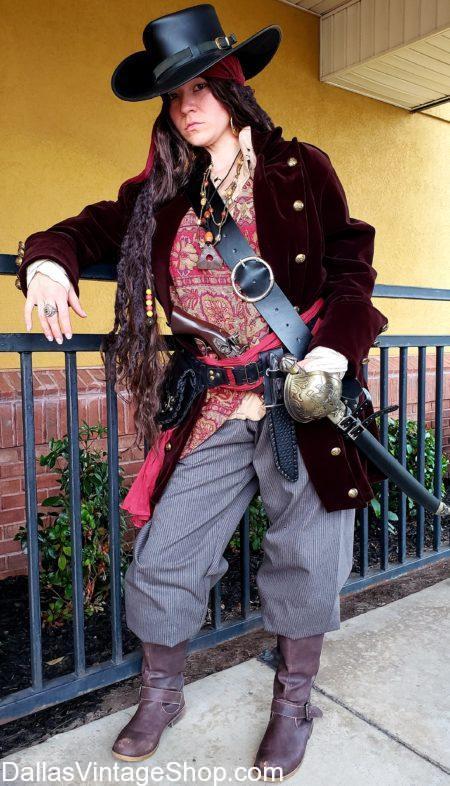 Pirate Lady Anne Bonny was one of the few female pirates who terrorized the Caribbean during the 18th century. This fearless lady pirate often wore men’s clothes to blend in better with the crowd. This is a Superior-Quality version from the hit TV Series, “Black Sails.” We also have a Glamorized version for those that want to look a little less like her historical form. Anne Bonny not your cup of tea? We have several different pirate ladies including Mary Read and several Unnamed Rustic, Dangerous, even Sexy Pirates to chose from at Dallas Vintage Shop!

This entry is filed under Pirate Ladies. You can follow any responses to this entry through the RSS 2.0 feed. Both comments and pings are currently closed.