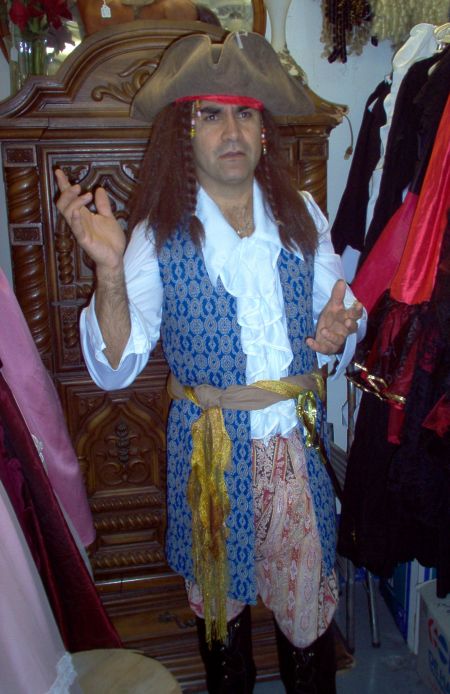 Who is your favorite pirate? You can create your own costume version of any historical, legendary or fictional pirate. We have this economy pirate Jack Sparrow costume, a selection of Johnny Depp pirate costume wigs and other Pirates of the Caribbean characters costumes. We have plenty of other pirate wigs & hats, plus, pirate boot covers, pirate boots, pirate swords, pirate baldrics and more. From economy to high quality pirate garb, we can hook you up with any of your favorite pirate movie characters or historical pirates for your theatrical and theme party pirate costumes or pirate accessories needs.

This entry is filed under Pirate Men. You can follow any responses to this entry through the RSS 2.0 feed. Both comments and pings are currently closed.