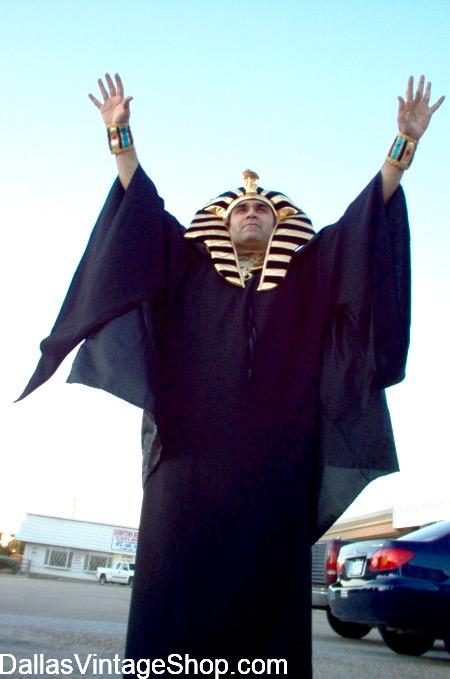 Passover Festival Costumes, including this basic Pharaoh Costume is available in Supreme or Economy prices for children & adults. Who is your favorite Passover or Exodus hero or villain? We have costumes for that.

We have Egyptian & Jewish Passover costumes plus outfits for any and every Tanakh  character imaginable. What is your favorite Jewish Festival & Celebration? We have costumes for that!

You may want to see the following categories:

Enhance your temple, synagogue or family Passover holiday traditions with costumes.  Reenact crossing the Red Sea and the liberation of the Hebrew Nation with some creativity for the kids and adults alike. It’s among the most important Jewish Festivals, so get into character. At your seder, wear the traditional attire of the Exodus characters or don Hebrew folk costumes. Dress up for the reading of the Haggadah or for the sharing of blessings, prayers and stories.

You will be amazed at our Hebrew & Egyptian costume selection!

It’s worth the drive to Dallas Vintage Shop.

This entry is filed under Passover. You can follow any responses to this entry through the RSS 2.0 feed. Both comments and pings are currently closed.