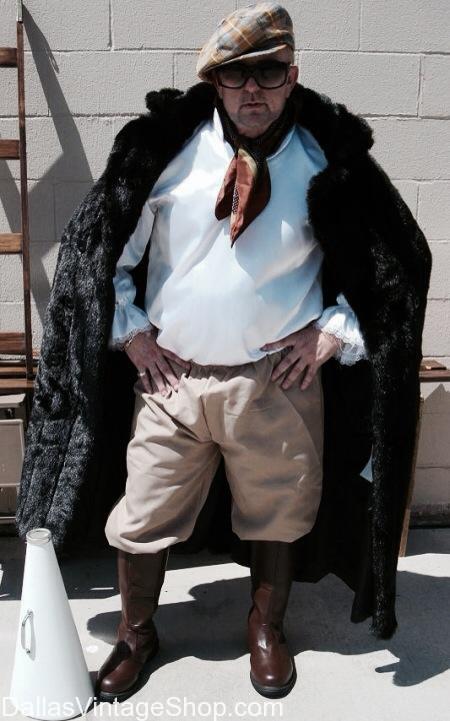 Need Costume Ideas for Hollywood Theme Parties? This Movie Director Cecil B. DeMille Costume is a blast. By the 1940’s Cecil B. DeMille was at the pinnacle of his illustrious career. He is known as the founding father of the Hollywood film industry, from Silent Films to Talkies and Throughout the Golden age of Hollywood his flamboyant directing and impressive and dramatic filming style has made him an iconic Hollywood Great. The 1949 Film ‘Samson and Delilah” epitomized his Directing Style. Who is your Favorite Hollywood Personality?

This entry is filed under 1940s Men. You can follow any responses to this entry through the RSS 2.0 feed. Both comments and pings are currently closed.