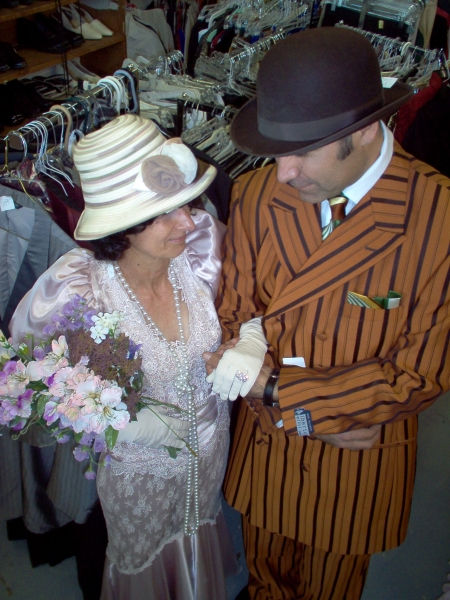 Sky Masterson and Sarah Brown Costumes in Guys and Dolls, which portrays the gangster and flapper lifestyles of the 1920s and 1930s. The Movie Musical Hit of 1955 starred Marlon Brando, Jean Simmons, Frank Sinatra and Vivian Blaine. We have all the period attire and accessories you need for Theatrical Productions or Theme Parties.

This entry is filed under Guys and Dolls. You can follow any responses to this entry through the RSS 2.0 feed. Both comments and pings are currently closed.