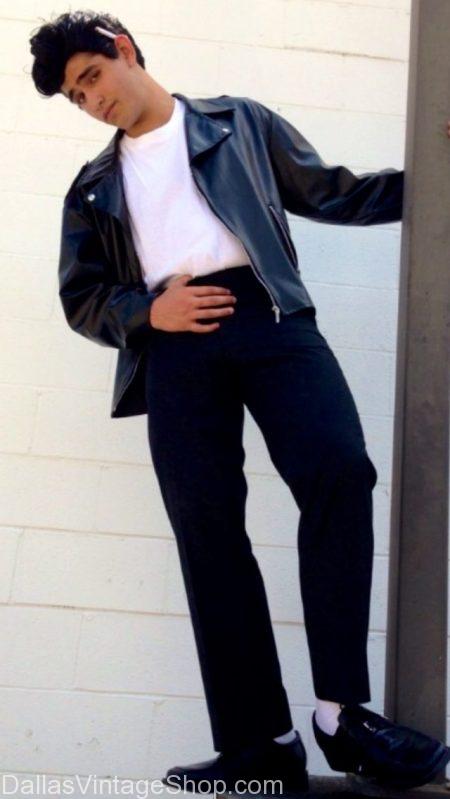 ‘Grease’ the 1971 original Broadway production had Barry Bostwick as Danny Zuko, leader of the Burger Palace Boys (later became the T-Birds). This Broadway hit has become a favorite of professional theatrical, touring troops and high school drama teams. We have all the outfits for any Broadway Musicals or stage productions, large or small. We also have the accessories you need that make your production or theme party a smash hit.

This entry is filed under Broadway and Theatre. You can follow any responses to this entry through the RSS 2.0 feed. Both comments and pings are currently closed.