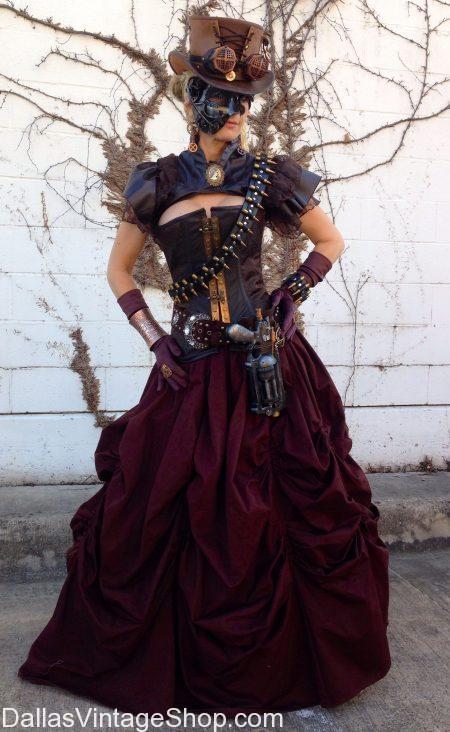 BROWSE 100’s of OTHER COSTUME CATEGORIES in the RIGHT HAND COLUMN.

Use SEARCH BAR at TOP RIGHT on every page.

Nobody has more Dickens on the Strand Galveston Steampunk Costumes than Dallas Vintage Shop!

Dickens on the Strand Galveston has gone Victorian Steampunk Crazy and we have the largest supply of Dickens Era, Victorian Era and Old West Clothing, Costumes & Accessories than anyone in the North Texas Area. We also have all the Victorian & Dickens Era Steampunk Attire, Weapons, Gear, Goggles, Leather Top Hats, Corsets & Steampunk Accessories you will ever see in one place and we are an well stock all year round.

Open Year Round, One Stop Costume Shop with Dickens on the Strand Galveston Costumes

Folks from Houston, LA, NYC, Chicago & London, Dublin & Dubai have learned that Dallas Vintage Shop is the one place to get everything you could possible need for Dickens Era, Victorian & Steampunk Clothing & Accessories.

This entry is filed under Dickens on The Strand. You can follow any responses to this entry through the RSS 2.0 feed. Both comments and pings are currently closed.