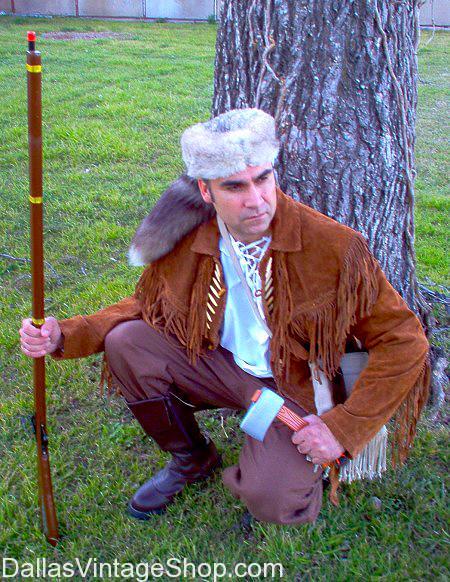 “King of the Wild Frontier” Davy Crockett is one of Texas’ most celebrated folk heroes. From his involvement in the Texas Revolution, his opposition to the Indian Removal Act, and his eventual death at the Battle of the Alamo, Crockett’s perpetual fight for freedom makes him a great choice for educational historical chracter costumes.

This entry is filed under Texas History. You can follow any responses to this entry through the RSS 2.0 feed. Both comments and pings are currently closed.