REMEMBER: The costumes you see below are a few samples of  our 70’s costumes.  We don’t show all of the 70’s costumes we have, it would be impossible because we have 1000’s , you have to come in and see for yourself.  Come in and put your own 70’s costume together! 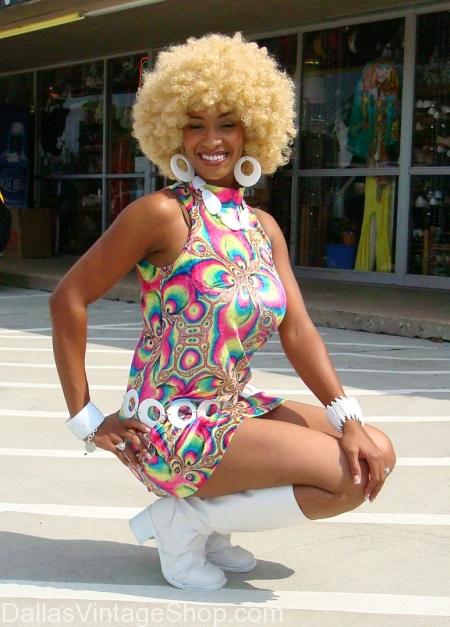 Do you want Foxy Cleopatra Costumes, Farrah Fawcett costumes, or any other disco diva castumes we have more than you can imagine. There are many thousands of 70’s disco costumes including 70’s disco dresses, go-go boots, 70’s glitter platform sandals, 70’s hoop earrings, mod glasses, 70’s chain belts, 70’s disco scarves, 70’s jewelery including big clanky bracelets, 70’s accessories and everything you need for your disco outfit, disco costumes and accessories.  If we told you how amazing our selection is you wouldn’t believe it.

This entry is filed under 1970s Ladies, Disco, Go Go. You can follow any responses to this entry through the RSS 2.0 feed. Both comments and pings are currently closed.